larssteenhoff Wed Dec 13, 2017 2:40 pm
In the interest of the upcoming Mac version I have made a new topic as I could not find an older one.

I have a Mac that has a Cuda compatible GPU ( Nvidia 1080ti in external gpu thunderbolt 3 enclose for sonnet )
Using he latest Unity with the latest Mac OS ( 10.13.2)

I know that has been stated that the Mac version will start to be worked on after the pc version is ready.
Fist let me ask what means ready?

Second if its lack of cuda on most Macs, then this is not the problem in the first version because it's also the cade for Otoy benchmark on the Mac, that also only work with nvida.
Of course it great to have AMD support at some point too.

Lastly please state on the unity asset store versions of octane that it not working yet on the Mac.
Right now its not clear and as you can expect I was trying to get it work only to find out that it's not yet supported.

Not in the foreseeable future.

To be more specific, MacOS will have to wait until we are fully finished with this PC version, which is itself a very new type of integration for Octane.

Octane does run on Linux, MacOS (even on AMD iMac using bootcamp in a test 3.07 release). Once we get the PC version now in testing fully working and released, we can focus on other platforms. 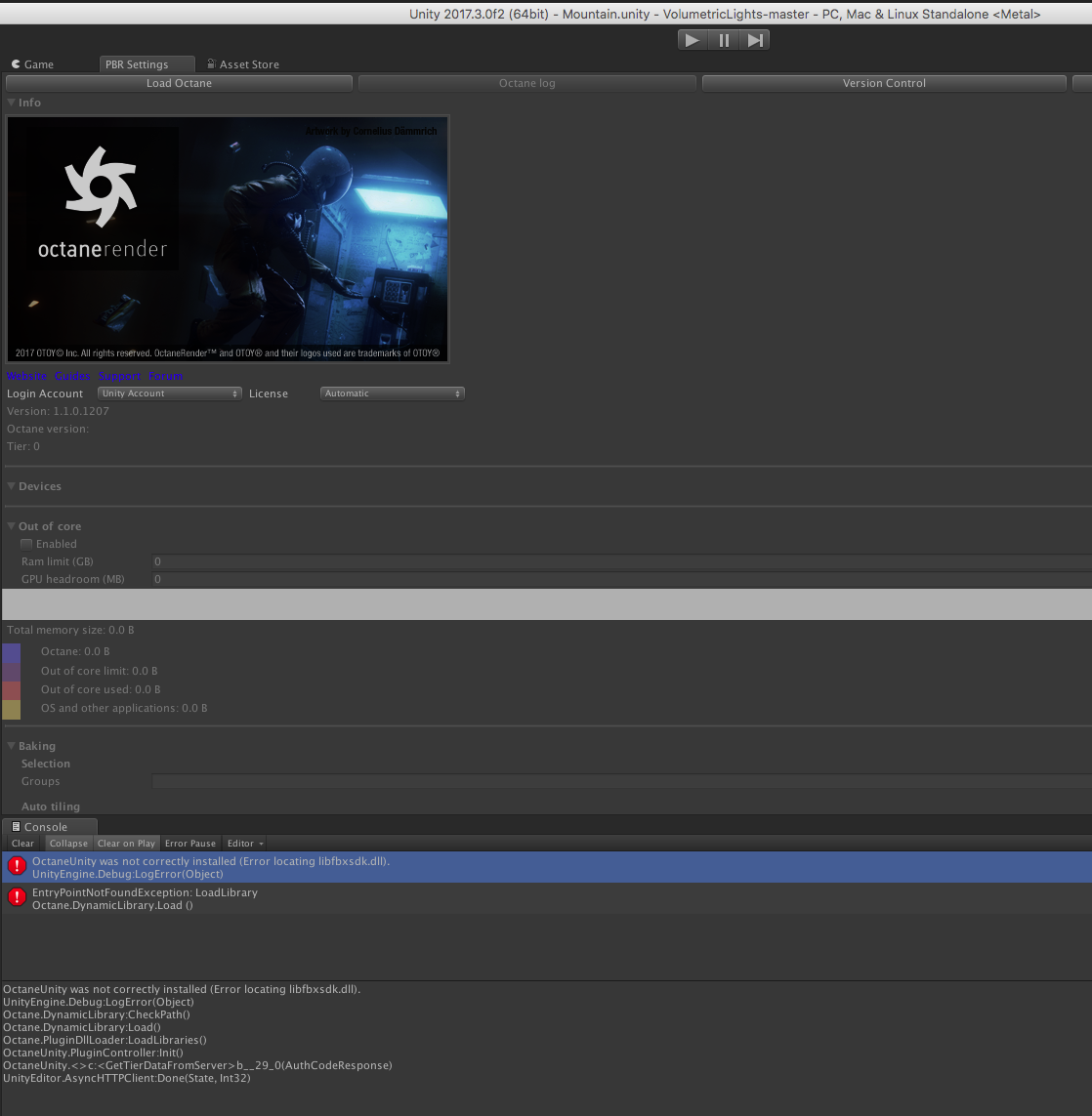 Xhed Mon Dec 18, 2017 11:04 am
We currently don't support Mac yet. I will pass your remark about a compatibility message on to the people managing our text on the Asset Store.
- Rick

Xhed wrote:We currently don't support Mac yet. I will pass your remark about a compatibility message on to the people managing our text on the Asset Store.

Yes, I just wasted some time on this, as well. At the very least, the installer script should tell you the system is incompatible before bothering to download reams of files.
Technical Director - C4D, Maya, AE, - Washington DC

Return to Octane for Unity